It has been more than a month since the launch of the “Space Mission”. Many players have already obtained components by opening the “rocket component mystery boxes” and synthesize the “space capsule lotteries”, and even some players have obtained the legendary horse “Cosmic Star” by synthesizing metal components. 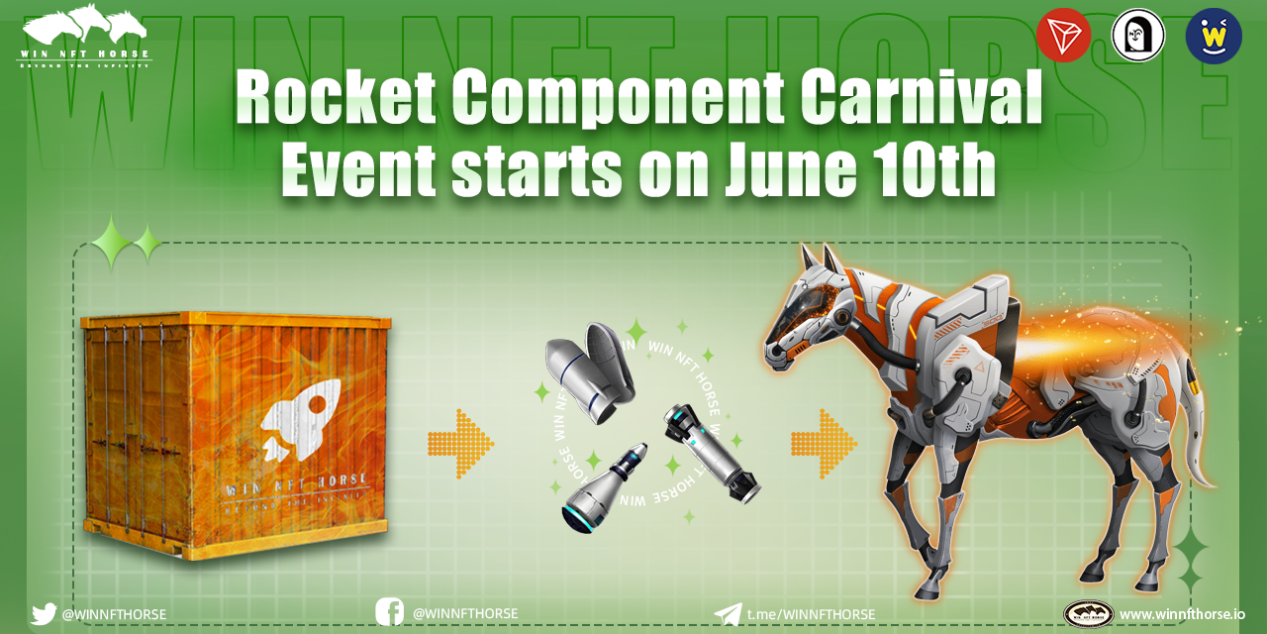 1. Players registered in the marketplace before June 9 (HKT) (excluding June 9)

2. Players who log in to the game for three consecutive days, during June 10 - June 12 (HKT) will get 3 “rocket component mystery boxes”.

For example: if the user completes the registration in the marketplace on June 9th, and logs in to the game on June 10th and June 12th, you can get 2 “rocket component mystery boxes”.

1. Event rewards will be distributed the next day after meeting the requirements, please pay attention to check.

2. Both the TRON market and the BSC market have independent statistical rewards.

3. The account that has logged in on the game from June 1st to June 8th (HKT) can claim the prize.